Standfirst: The global aviation sector is seen to be at the centre of the world’s drive towards a net zero future and the success and failure of the industry’s efforts will depend largely on its ability to work with the energy industry, Joe Brennan, senior engineering adjuster, with GRS International explains.

While much is made of the scale of aviation’s role in rising global CO2 emissions the facts tell a slightly different story. Including domestic and international passenger and freight, aviation accounts for 1.9% of greenhouse gas emissions (which includes all greenhouse gases, not only CO2), and a total of 2.5% of CO2 emissions, if you look at “effective radiative forcing,” a closer measure of its impact on warming, the figure stands at 3.5%. The industry has however been keen to explain how it will move to net zero operation in the years to come, and much depends on the fuel that will be used to power the flights of the future.

Achieving net zero emissions will be a huge challenge. The aviation industry must progressively reduce its emissions while accommodating the growing demand of a world that is still eager to fly. To be able to serve the needs of the ten billion people expected to fly in 2050, at least 1.8 gigatons of carbon must be eradicated in that year. It will also require that a cumulative total of 21.2 gigatons of carbon will be abated between now and 2050.

The International Air Transport Association (IATA) recently announced how it believes the journey to net zero will need to be completed. It will require 19% of the total to either be carbon captured or offset. A further 65% will be delivered via the use of sustainable aviation fuel (SAF). Therefore 84% is unrelated to new aircraft, new tech, or operations with the large majority of those savings coming for the energy market via carbon capture and storage and SAF.

Advances in aircraft design are set to be a significant part of the response. Already we are seeing the creation of new aircraft which can utilise more efficient gas-turbine engines, hybrid electric or fully electric aircraft. Plans have also been announced to undertake the wholesale replacement of old existing aircraft with latest generation then upgrading to future aircraft types (hybrid, electric, hydrogen). However, the industry is pinning much of its hopes on the manufacture and use of SAF.

When compared to fossil fuels, using sustainable aviation fuel results in a reduction in carbon dioxide (CO2) emissions across its life cycle. The carbon dioxide absorbed by the plants during the growth of biomass is roughly equivalent to the amount of carbon dioxide produced when the fuel is burned in a combustion engine. The carbon dioxide is simply returned to the atmosphere which allows the SAF to be approximately carbon-neutral over its life cycle. There are however, emissions produced during the production of SAF; from the equipment needed to grow the crop, to transport the raw goods, and refine the fuel before it is then delivered to the end users.

It’s estimated that SAF can deliver a reduction of up to 80% in carbon emissions over the lifecycle of the fuel when compared to the traditional jet fuel it replaces. The actual amount depends on the sustainable feedstock used, production method and the supply chain to the airport. SAF can be blended at up to 50% with traditional jet fuel and all quality tests are completed as they would be for traditional jet fuel.

At present airlines have committed to significantly increasing the use of bio-based fuel from 2% of fuel consumption in 2025 to 65% in 2050, including an interim target of 5% in 2030. However, in order to deliver the new fuel, it will require the investment in new manufacturing and refining facilities and access to carbon capture and storage capability.

The demand for enhanced SAF capabilities comes with some ambitious and very public targets. Earlier his year the US grand challenge was tasked to increase the supply of SAF to 11 billion litres (3 billion gallons) by 2030. It has prompted several of the world’s big energy suppliers to announce their intention to produce billions of extra litres of SAF in the near term. One of the biggest challenges still facing the industry is the requirement for SAF to be delivered not only at scale but also at competitive prices.

What it will also create are a range of new risks for the energy sector around the innovative technology and processes that will be required to deliver CCS at scale and ensure the safe and efficient manufacture and transport of the fuel. There are already estimates that £1 trillion is set to be invested across the carbon capture and storage market in the next decade and the move to SAF will require billions. While the finance is welcomed the success of the aviation market’s efforts will depend largely on the support of the insurance industry to offer the coverage to mitigate the energy market’s risk as they transition to a sustainable future. 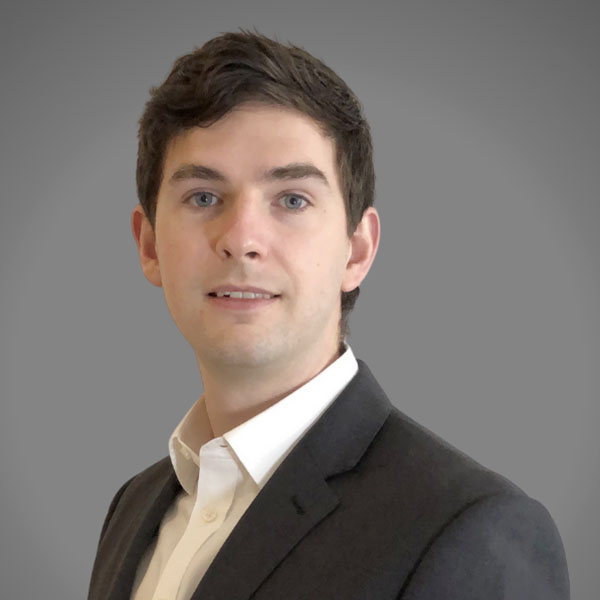 Joe Brennan, who joined GRS in 2021, is a skilled engineer with experience in commercial and residential construction and repairs, as well as the construction, inspection, repair, and maintenance of offshore and underwater structures. Before joining GRS, Joe was an engineering adjuster at Advanta Global Services, a subsea project engineer at TechnipFMC, and a graduate civil engineer at Falcon Structural Repairs Ltd.